ABOUT RED ROCKS - HERES WHATS UP

Download the Red Rocks App! - Order Drinks From Your Seat & Other Features

A History of Red Rocks Park and Amphitheatre

Red Rocks Amphitheatre is an open-air amphitheatre built into a natural rock structure in Morrison, Colorado.

In 1927, the City of Denver purchased the area of Red Rocks; construction of the amphitheater began in 1936, and was opened to the public in 1941.

Since the opening of Red Rocks Amphitheatre, many notable performances and recordings for film and television have taken place there. In June 2015, the Colorado Music Hall of Fame opened in the Trading Post at Red Rocks to honor some of these.

The elevation of the amphitheater’s top row is approximately 6,450 feet (1,965 m) above sea level, and the surrounding Red Rocks Park covers 868 acres.

Red Rocks Park and  Amphitheater is owned and operated by the City and County of Denver.

The audience at Red Rocks faces east-northeast, toward southern Denver, with the skyline of downtown visible to the left.

In 1999, after Pollstar magazine awarded Red Rocks the annual honor of best small outdoor venue for the eleventh time, the magazine changed the name of the award to the Red Rocks Award and removed Red Rocks from the running.

The first performance of each season is the Easter Sunrise Service, a nondenominational service on Easter Sunday of each year.

The earliest notable rock-and-roll performance at Red Rocks was by The Beatles on August 26, 1964, the only concert not sold out during their US-tour. When Ringo Starr returned to Red Rocks with his All-Starr Band on June 28, 2000, he asked if anyone in the crowd had been at the Beatles concert thirty-six years earlier.

On August 26, 2004, the East-Coast-based Beatles-tribute band “1964” was flown to Denver to re-enact the Beatles concert held at the site exactly forty years earlier.

Jimi Hendrix played at Red Rocks on September 1, 1968, along with Vanilla Fudge and Soft Machine.

A Ban of “Rock” on the Rocks

An incident during a performance by Jethro Tull on June 10, 1971, led to a five-year ban of rock concerts at Red Rocks.

Approximately 1,000 people without tickets arrived at the sold-out show. Denver police directed the overflow, non-paying crowd to an area behind the theater, where they could hear the music but not see the band. The situation seemed satisfactory until some of the people without tickets attempted to enter the amphitheatre by charging at, and breaking through, the police line. Some of those without tickets began lobbing rocks at the police, and the police responded by discharging tear gas at the gate-crashers. The wind carried the tear gas over the hill, into the paying crowd and onto the stage.

For the next five years, shows at Red Rocks were limited to softer acts, such as John Denver, Sonny & Cher, The Carpenters, Pat Boone, Seals & Crofts, and Carole King.

The ban on rock and roll was finally lifted through legal action taken by Denver concert promoter Barry Fey, who tried to book the band America at the venue in 1975. After being denied a permit by the city, Fey took the city to court, and the court ruled that the city had acted “arbitrarily and capricious[ly]” in banning rock concerts at Red Rocks.

The Blues Brothers performed at the amphitheatre on July 15, 1980.

Under a Blood Red Sky

On June 5, 1983, U2 performed during their War Tour, in front of only 4,400 in very inclement weather. The venue had been sold out, but the crowd size was affected by the weather, with attendees believing the show would be cancelled. The show was not cancelled, however, because the band could not get their money back for the outlay on filming crews and equipment set to work with them for the performance.

Those who braved the weather and showed up were told, personally by Bono, who came to the parking lot and into the crowd more than once, to ignore their seat assignments, and to move as forward as they wished to make the house seem full, since the show was being filmed for what became the group’s concert film U2 Live at Red Rocks: Under a Blood Red Sky.

The music video for “Sunday Bloody Sunday”, shown in heavy rotation on MTV, was also fruit of the filming effort.

Depeche Mode performed at the amphitheatre four times: the first time was July 1, 1986. The second and third were on July 11 and 12, 1990, during their World Violation Tour. The fourth was on August 27, 2009, during their Tour of the Universe, in front of a crowd of 8,679 people. The show was recorded for the group’s live albums project Recording the Universe.

Red Rocks was one of the favored venues for The Grateful Dead and the venue has become a traditional stop for many subsequent jam bands.

Widespread Panic holds the record for the most sold-out performances at Red Rocks with 63 as of June 2021.

Blues Traveler has played the venue every Fourth of July since 1993, except 1999 when lead singer and harmonica player John Popper was unable to play due to heart surgery.

Phish, the most popular jam band of the era, were banned from performing at Red Rocks after they played four concerts there in August 1996. Fans of the band who showed up to the concerts without tickets were accused of starting a riot outside the amphitheater on the second night, and the nearby town of Morrison was unprepared to accommodate the size of the band’s following. Phish was not invited to perform at Red Rocks again until July 2009.

In 2013, electronic musician Bassnectar reportedly cracked and broke several pieces of the amphitheater walls, with bass. In 2015, he broke the city’s sound ordinance laws, which caused the city and county of Denver to begin implementing rules on sound pressure levels and event end times so that the venue can’t exceed 125 decibels at the low-frequency levels of 25–80 hertz for one-minute averages after midnight on weekdays and 1 a.m. on weekends and holidays. These laws have effectively banned the Bassnectar music project from returning to the venue.

As of 2017, Colorado band String Cheese Incident has played at Red Rocks 35 times.

In the midst of the 2020 pandemic, Red Rocks hosted the Colorado Symphony Strings, which played sold-out Acoustic on the Rocks shows in July and August, following social-distancing guidelines.

In September 2020, virtual shows were streamed live.
Despite Denver Arts and Venues announcing the closure of all its venues (including Red Rocks) in September, October in-person shows did occur. Other events included drive-in movies for mainstream films, and the Denver Film Festival’s red carpet movies.

In 2021, Red Rocks Amphitheatre was named the top-grossing and most-attended concert venue of any size, anywhere in the world.

Red Rocks has been a popular venue for live recordings, particularly videos, due to the visual uniqueness of the setting.

U2’s 1983 concert video, Live at Red Rocks: Under a Blood Red Sky, became a best-selling long-form concert video and the performance of “Sunday Bloody Sunday” was played frequently on MTV.

Fleetwood Mac singer Stevie Nicks released a 60-minute-long DVD of her August 1986 concert at the amphitheatre, towards the end of her Rock a Little tour.

In 1992 The Moody Blues performed live for the first time with a symphony orchestra for the PBS special “A Night at Red Rocks with the Colorado Symphony Orchestra”. The concert also was released on CD and DVD along with a companion DVD The Other Side of Red Rocks, which documented the rehearsals and preparation for the concert and excerpts from the concert.

In 1978 the Grateful Dead released Live at Red Rocks.

Other Red Rocks material on CD and DVD includes Dave Matthews Band’s albums Live at Red Rocks 8.15.95 and the CD/DVD Weekend on the Rocks, which is a compilation of the band’s four-night run in 2005, their last performances at the venue.

Widespread Panic‘s DVD The Earth Will Swallow You features a 15-minute segment on Red Rocks.

The live Neil Young album Road Rock Vol. 1 and its accompanying DVD Red Rocks Live were filmed and recorded at Red Rocks in 2000 during the “Silver and Gold” tour.

Local Colorado band Big Head Todd and the Monsters released a DVD and live album of a 1995 performance in 2003, capturing what has become a local annual early season tradition. In 2009, they followed the original recording with a two-CD/1DVD set from their June 2008 performance.

A two-volume 2003 album, Carved in Stone, features live performances by various artists at Red Rocks, including R.E.M., Ben Harper, Coldplay, The Allman Brothers Band, and Phish, with proceeds going towards a fund for preservation of the park and amphitheatre.

Phish frontman Trey Anastasio included excerpts from his 2005 performance at Red Rocks on the DVD that accompanied his album Shine.

Country musician Gary Allan filmed the music video for his song “Watching Airplanes” during a live sold-out concert at Red Rocks in August 2007.

A portion of British rock band Oasis’s rockumentary film Lord Don’t Slow Me Down was filmed at Red Rocks.

A Perfect Circle also included one live video recording on the CD-DVD AMotion.

Insane Clown Posse played with Twiztid, Blaze Ya Dead Homie, Boondox, the Axe Murder Boyz, Grave Plott, The ROC, and Motown Rage in May 2008 at Red Rocks at perform the ‘first annual’ Hatchet Attacks Super Show, for which they released a video later that year.

Depeche Mode recorded their show at the amphitheatre on August 29, 2009, for their live albums project Recording the Universe.

Country singer Kenny Chesney included a live version of “You and Tequila”, a duet with Grace Potter, on his album Welcome to the Fishbowl. The recording has a segment with audience participation singing the chorus “You and Tequila make me crazy, run like poison in my blood, one more night could kill me baby, one is one too many, one more is never enough”.

A Perfect Circle recorded the DVD portion of their A Perfect Circle Live: Featuring Stone and Echo box set on August 2, 2011. Also included in the box set is a CD of the audio from the show.

On August 29, 2012, Mumford & Sons recorded their live performance of their first single “I Will Wait” from their new CD Babel at the amphitheatre. The performance was released on September 9, 2012, as the band’s official video for the song. The band released a full-length DVD of their show at Red Rocks, recorded on August 28 and 29, 2012, entitled The Road To Red Rocks.

On September 1, 2014, OneRepublic, a band hailing from Colorado Springs, announced they would be heading back to Red Rocks for a special performance to close out the North American leg of their Native Summer Tour. While performing the song “I Lived” they recorded the band, the audience, and one of their fans (Bryan Warnecke) for the “I Lived” music video. The video also featured several aerial views of the venue during the day as well as during the concert itself. This performance of the song was done to help spread awareness for cystic fibrosis and to share Bryan’s journey with the disease. The music video was released on September 25, 2014.

On June 10, 2015 Barenaked Ladies performed at Red Rocks on their Last Summer on Earth 2015 tour. The performance was aired on AXS TV, then later released on May 20, 2016 as a live album titled BNL Rocks Red Rocks and in 2017 the English hard rock supergroup Bad Company.

Opeth released a live DVD and Blu-ray of their May 11, 2017, performance at Red Rocks on November 2, 2018. Gojira performed the same night and released the full concert, titled Live At Red Rocks, on YouTube on May 20, 2020.
The American pop-punk band Nofx released a live recording of their full 18-minute song “The Decline (EP)” featuring Baz’s orchestra in a 2019 performance at the venue. 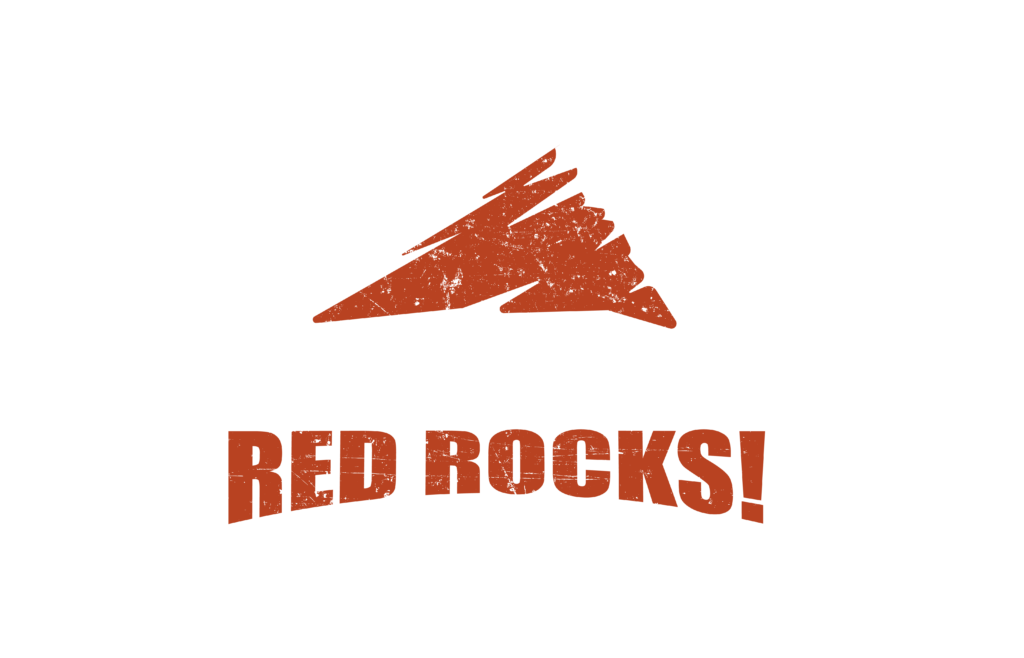 We provide you with transportation services and all the supplies needed to host an enjoyable evening of food, drinks and music at Red Rocks Park and Amphitheater.
Schedule us for your upcoming Red Rocks Concert.
Just $329 + Gratuity, No Fees, up to 7 people